skip to main | skip to sidebar

The Science Of Black Hair Book 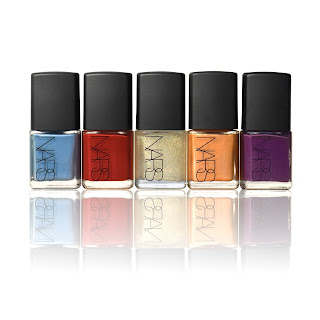 In honor of NARS’ 15th anniversary, François Nars, Founder and Creative Director of NARS Cosmetics, has resurrected some of the brand’s long-lost nail polishes from the archives. For a limited time, experience the signature high-gloss, extra durable formula in an assortment of five vibrant nail hues. It seems some shades never go out of style...

Cha Cha Cha (Originally launched in 2001) – A semi-sheer tangerine with gold reflections, it is as sensual and vivacious as the Cuban dance it is named after

Tallulah (Originally launched in 1998) – A slightly moody and entirely elegant shade of rich grape, gives tips a taste of the good life

The colors are amazing. I received some as gifts. Plus, it's summer time, forget it...it's going to be beautiful as you already know. Can't wait to see your hair....

GROUPON HAS BEST DEALS EVER! Ateya
I am a woman that loves it all! I love to cook, do hair, makup and just be happy! Dont worry about the haters...they are motivators! If you are reading...stop and pray for me to keep me strong on my journey of showing others what I know. Heart Ya!